Back to all posts

Let’s Start at the Beginning

Well, like I said, let’s start at the beginning. Cody and I met in 2012 at Media Design School where we studied a Diploma in Digital Media - this is where all the magic happened.

On the first day of course, the Digital Media classes were split into groups for the dreaded ‘getting to know each other’ exercise and Cody and I, luckily, ended up in the same group. We exchanged handshakes, awkward conversations and our first lunch break together and now, over two years later, here we are.

Months in to the course at MDS, we were presented with a group assignment and this is where we set out to build Hush (along with Jeanine Apoderado and Scott Moselen). Hush is an invite only, geolocation web app where unfamiliar eating/drinking/hangout ’spots’ could be pin pointed and shared with other users within Auckland. Hush was really the defining moment for Hatch, this was when we realised how much we enjoyed working together and how complimentary our combined skill sets are. It is so hard to find good people that you trust, work well with, and share the same level of passion with - so we jumped at the chance. We set out to hatch Hatch (along with Jeanine) well before graduation. Since the start of Hatch, we have received a ridiculous amount of support from family and friends. Our first office was set up at my home in Titirangi, where Cody and Jeanine would drive in to the wilderness of South Titirangi everyday to get the work. We set up camp down stairs with new desks, chairs, a printer, a fire extinguisher - the whole shebang.

A couple of months down the track, and we soon realised we had to move as we were hatching more team members - we had taken on two new interns but sadly, we lost Jeanine to the Aussie’s. Hatch then had to take on a whole new project that was way out of our area of expertise - renovation. We completely took over Cody’s garage, cleaning out all the crap, I mean, stuff that was stored in there. We ripped down the walls, tore up the floor, re-wired, hammered nails - you get the idea. Let’s just say a lot of love went into building the office we are currently in and we are loving it. It has been an incredible, exciting, stressful and emotional journey to get to where we are today. The Hatch team has grown even bigger and it’s been awesome seeing everyone’s dedication and passion. A whole lot of blood, sweat, tears and knuckle cracking has gone in to Hatch and we couldn’t be any happier. Thank you to everyone out there who has supported us and those who still continue to support us, we could not be more grateful. 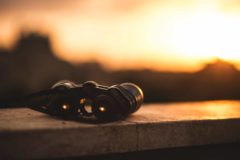 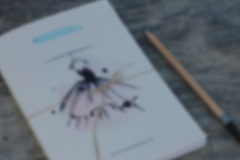